Starting this year, April 14th will serve to give visibility in the global health agenda to the challenges faced by people affected by Chagas disease, most of which live in low-income contexts and highly vulnerable health conditions. 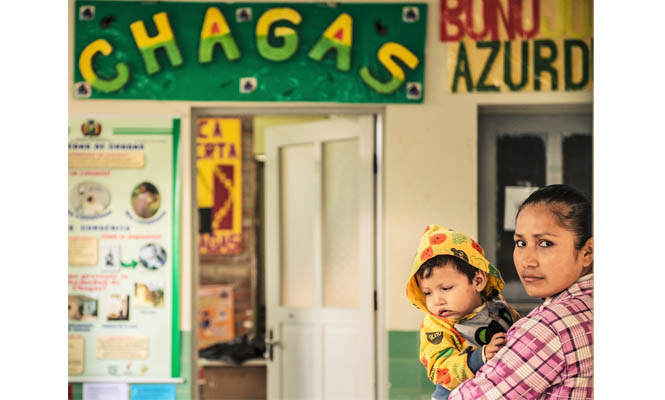 For the first time in the 111 years since the first case of Chagas disease was diagnosed in humans, we are celebrating World Chagas Day, which was established by the World Health Organization (WHO) on April 14th to remind us of the challenges faced by those affected by this neglected disease.

Well aware that the COVID-19 pandemic requires maximal attention at this critical moment, the aim to celebrate this first ever World Chagas Day is to remember the people affected by this disease, which has historically been given low priority in health agendas. This is all the more important at a time when many of those suffering from Chagas disease are amongst the population groups that are vulnerable to the COVID-19 pandemic.

Chagas disease is caused by the parasite Trypanosoma cruzi, which is mostly transmitted through the feces of the triatomine bug, commonly known under several names such as “vinchucas”, “chinches” or “pitos”, and found in the southern United States and all over Latin America. Other common transmission routes are from mother to child during pregnancy, oral, through blood transfusions, and organ transplants. The different transmission routes, together with migratory flows over the last few decades, have made the disease a global challenge.

Approximately 30% of those who become infected with Chagas disease develop serious complications, mainly affecting the heart, and also leading to neurological and gastrointestinal disorders at a lesser level.

It is estimated that at least 7 million people are infected worldwide. Every year, close to 9,000 children are born with the parasite Trypanosoma cruzi, which causes the death of more than 12,000 people each year. It is also estimated that more than 75 million people worldwide are at risk of becoming infected. This is why diagnostic and early treatment are crucial, with current treatments achieving very good results.

The International Federation of Associations of People Affected by Chagas disease (FINDECHAGAS) is calling for health authorities in countries where cases have been detected “to maintain prevention program so that to ensure that as many people as possible are protected”. They also highlight the need to “give priority to attention and treatment to people with a positive result, given that, in many cases, this will make a difference between staying healthy or falling ill, or between life and death”.

World Chagas Day was established last year during the World Health Assembly to respond to a request presented by FINDECHAGAS to reverse more than a hundred years of silence and lack of visibility around Chagas disease.

The current COVID-19 pandemic is challenging commitments and support to health systems and a universal health coverage leaving nobody behind. To end Chagas disease as a public health issue, efforts must be intensified to control all the transmission routes, strengthen and improve current diagnostics and treatments, develop new tools, and extend comprehensive health coverage to all the people living the disease or at risk of getting infected. At the same time as promote communication and develop disease awareness.

To these ends, it is vital that over the next decade, policy makers and funders work more closely and willingly with the community of people affected by Chagas disease, researchers, organizations and health professionals fighting to overcome the challenges posed by Chagas disease.

As reminded by FINDECHAGAS, “it is of utmost importance that people living with Chagas disease receive the information needed for adequate prevention and the appropriate attention when necessary, even more during the COVID-19 pandemic”. “For a long time, we have stayed hidden behind statistics and numbers. But we are human beings, and now is the time to make ourselves visible as such before health authorities worldwide”.

As of April 14, FINDECHAGAS, together with the WHO/PAHO and other organizations conforming the Global Chagas Coalition, as well as other health institutions and alliances, will be publishing content on Chagas disease and affected people through their networks.