To arrive on time to interrupt Chagas disease (I): Tenza Valley, Boyacá. Colombia 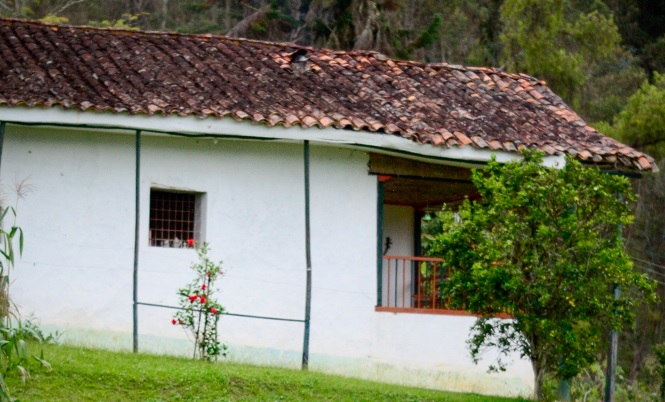 1. Tenza Valley, Boyacá. Colombia
This region of evergreen valleys and mountains in Colombia was plagued by conflict for years but enjoys peace today. However, another relatively silent cause for concern and pain persists: Chagas disease and the insects that transmit it. The peace in the region has at least allowed health services to reach places that were previously impossible to access.
Chagas Disease (CD) is a silent killer that affects more than 400,000 people in Colombia and that nearly 11 million people are at risk of contracting it, according to estimates by the World Health Organization (WHO) and the Colombian Ministry of Health and Social Protection. Approximately 30% of those diagnosed in a chronic stage of the disease suffer from cardiac complications, and as much as 10% have digestive, neurological or mixed disorders. As the chronic infection progresses over the years, it can cause sudden death from arrhythmias or heart failure.
In the Tenza valley, the remoteness and conditions of some locations pose a significant challenge. The insect vector of the disease, which is known in this area as “pito”, accompanies humans as they travel from place to place in the region. The pito has become accustomed to rural environments (which were once its more common home) and urban environments alike. And according to the villagers, it has also reached places of higher altitude.
In rural and hard-to-reach areas, the information carried by the vector and health program’s support teams travels on foot, by motorcycle, in cars, or over the airwaves. Community radio remains the main channel of communication in many of these places. Given this situation, the support team for the vector program, which is made up of healthcare workers, such as Rafael, Germán, and Laura, does not neglect opportunities to raise awareness about the various aspects of disease control, and the presence of pitos. They give advice on how to detect them, catch them, and report them to healthcare workers. Their voices reach communities over the radio every month.
They are not daunted when the radio waves do not reach far enough. If necessary, they walk – eight hours on foot in some cases, they say – to reach communities that cannot be reached in any other way.
The region surrounding Guateque, one of the municipalities of Valle de Tenza, is applying to the verification program for the interruption of intradomicile vector transmission by the Rhodnius prolixus subspecies arranged by the Pan American Health Organization (PAHO). Without the team, and without the active collaboration of all the people who listen to the information from Rafael, Laura and Germán, it would be impossible to achieve it.
A Comprehensive Health Care Route for Chagas (RIAS) has been implemented for several years now in the departments with the highest incidence of the disease in Colombia. Thanks to this pilot project, developed in collaboration with DNDi, the number of persons diagnosed and treated has increased until 13-fold and 5-fold respectively. This shows that it is possible and crucial to diagnose and provide early treatment at the first tier of healthcare.
Report compiled during field visits by Javier Sancho and Ulrich-Dietmar Madeja. Images from Jorge Martinez.
Llegar a tiempo para detener al Chagas:
1. Tenza Valley, Boyacá. Colombia.
2. The Chagas School.
3. The Teacher, the Heart and the Paradoxes.
4. Diagnosis and Treatment. A Second, Faster Test.
5. To Treat or Not to Treat: Informing People Well at Their First Appointment.
6. When Peace Gives Health a Chance. A patient-centered route: The "RIAS".