Fanny: the word of mouth against Chagas disease

Fanny Brito, president of the Asapechamur association, became involved in the fight against Chagas disease without even knowing she had gotten the infection of T.cruzi. 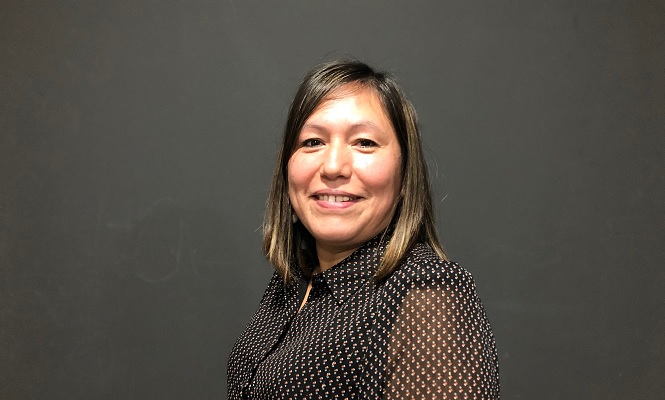 Fanny Brito, president of the Asapechamur association, became involved in the fight against Chagas disease without even knowing she had gotten the infection of T.cruzi.
"Ours has been the work of ants, (a Spanish idiomatic way of indicating a hard and patient work)" says Fanny Brito, in Murcia, Spain. "Word of mouth has been the best method to inform all Latin American migrants about Chagas disease." Fanny is a native of Loja, Ecuador.
During the first campaign to recruit affected people, the Tropical Medicine team from the Virgen de Arrixaca Hospital in Murcia brought tools to diagnose 100 people. Thanks to the word of mouth of the association (Asapechamur), 800 people came forward.
That day many people had to return without being diagnosed in order to go back to their jobs. The next campaign was carried with much more resources. Today there are 2,000 people under follow-up and care.
The Virgen de la Arrixaca hospital set up a program of diagnosis and comprehensive care that has succeeded in interrupting mother-to-child transmission, demonstrating that it is possible to achieve this in other parts of the world.
Since 2009, Fanny has been involved in the work of recruiting and caring for the population affected by Chagas disease in Murcia. She did it out of solidarity, without knowing, at the time, that she also had Chagas disease. She found out during a blood donation and Chagas screening campaign. She took the test and it was positive. She later had a daughter who, fortunately, tested negative.
Although Fanny is feeling well and has had no complications, subsequent tests she has had are still positive. The good news is that some studies point to the efficacy of treatment in adults to prevent long-term complications versus people who have not been treated.
During 2020 and 2021, several people from ASAPECHAMUR have been trained as Community Health Agents, allowing them to contribute to access to health not only for Chagas patients.
The association can continue to grow in its services as community health agents. Fanny shares with us a document with some of the most urgent needs, such as a place where they can provide care and gather several people for meetings and trainings.
They would also like to expand contacts and collaborations with more health care centers, not only in the area surrounding the capital of this community, but also in the towns and rural areas where a large part of the community of Latin American origin is also located.
The women and men who are part of this association often find time where there is none. At night, on weekends or other time slots in order to be able to offer their work as community health agents.
Photo: Ulrich-Dietmar Madeja.
Related: Murcia and the human factor // The involvement of affected people.