FIND has been scaling up the fight against Chagas disease (ChD) by addressing critical diagnostic gaps. The goal is to support intensified global control efforts, through the following specific objectives:

The best time for parasitological or molecular diagnosis of congenital ChD is during the first few weeks after birth when parasitaemia is often high. This is difficult at present due to limitations in infrastructure and resources. Children born from infected mothers can only be tested by serology ten months after birth (serological tests are only useful after maternal antibodies have waned).

As a result, many children are lost to follow-up during this waiting period. A point-of-care test for congenital ChD that enables testing of newborns to confirm the infection at the site of birth would ensure early detection and safer treatment of infected patients.

A test of cure, preferably a rapid diagnostic test (RDT), is urgently needed since treatment of chronic cases is not always successful and serological tests require long durations to confirm cure (patients are followed up for years, until they are serologically negative). Tools that detect parasite antigens or DNA/RNA would be most appropriate for monitoring therapy.

Detection of Trypanosoma cruzi DNA in blood of patients would be a significant improvement to parasitological examination. In 2014, FIND expanded its partnership with Eiken Chemical Co., Japan, developers of the loop-mediated isothermal amplification (LAMP) technology, to include a test to detect T. cruzi. LAMP detects pathogen DNA with very high sensitivity and specificity. The reagents for LAMP are dried on the inside of the cap of the reaction tube, and unlike most other molecular tests, target DNA is amplified at a constant temperature. The results are read visually using LED light, meaning that the test can be carried out with much less laboratory equipment than other DNA detection tests.

Eiken, in collaboration with INGEBI/CONICET in Argentina, and the Hospital for Tropical Diseases in the UK, has developed a prototype LAMP assay that detects all strains of T. cruzi, to be used for diagnosis of congenital ChD. Purified DNA was used to test the prototype during development. Meanwhile optimization of sample preparation has been carried out using LAMP in collaboration with the Pontificia Universidad Javeriana, Colombia (PUJ). Further validation and evaluation of the test is ongoing at INGEBI/CONICET, and will be extended to other endemic countries.

FIND is committed to partnering with endemic countries in South America to fight ChD. We also have partnerships with existing networks and organizations in non-endemic countries, as well as with test development companies. 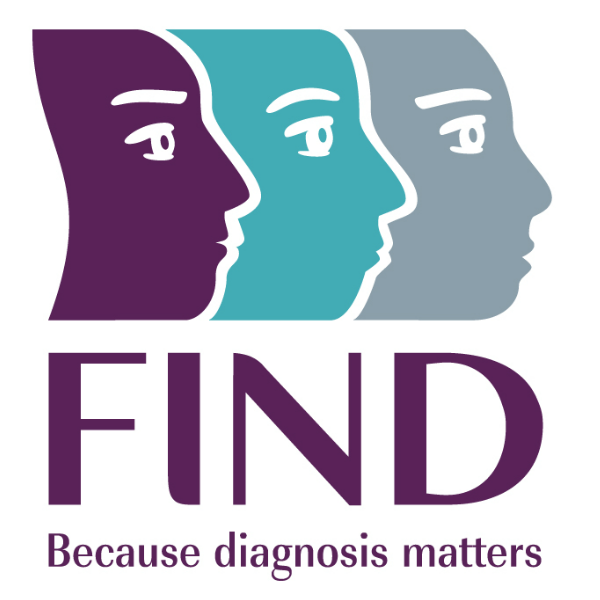